More than 25 members turned up for this years Christmas Fun Shoot. The Target theme this year was ‘Super Heroes’, and they were well and truly battered!
We were all delighted that Santa found time to join us, and even took part in the competition!

The tea, coffee, mulled wine and mince pies went down a treat, and with Wendy acting as line captain she kept the show running.

The competition was followed by the Scarborough Archers Traditional Secret Santa Shoot, this was once again expertly organised by our very own ‘Arkwright’, Leigh.
Santa aka John Ireland, was rewarded for his appearance with a box of biscuits.
Thank you to all those members who helped to set up the targets and put everything away afterwards. 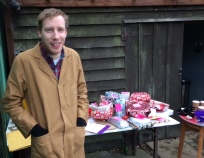 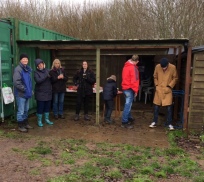