The course offers a wide variety of shots, ranging from a wooded area, to open land where shots are shot up and down steep embankments. It is very much an arrow loser, rather than the typical arrow breaker.

Although our weather skills proved just as good as Michael Fish, where we took our waterproofs off to be met with rain, and put them back on to be met with glorious sunshine. Despite this, everyone came away with enjoying the day, with Andy coming up with some more ideas on what targets he could concoct next.

The top scorer of our group was John N. who almost broke the 400-mark barrier. The 2nd-6th places were separated by 60 points, so it became a very close fought battle throughout the day. 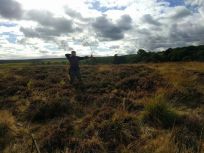 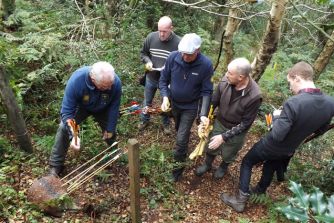