Wolfshead field shoot must be one of the most physically demanding courses in the country with its thirty six targets ranging through steep woodland and open moors where shooters are exposed to the full fury of the weather… but, unbelievable, on Sunday it was positively warm and balmy.

Five members of Scarborian field archers joined sixty archers from several northern clubs for the Wolfshead ‘winter’ open shoot. As usual Wolfshead were perfect hosts providing hot food and drink throughout the day as groups took a break at the club’s caravan.

Scarborians had a most enjoyable day, no tournament medals this time but we shot as a group so there was much internal competition which John won. Highlight of the day was Keith hitting the flying goose, the only one of us to manage it.

Our thanks to the team at Wolfshead for another top sporting and sociable day, it was a pleasure to be amongst field archery enthusiasts. 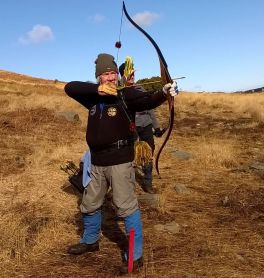 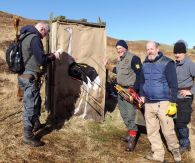